When It Comes To Raising Your Game, Playing It Safe Is Playing A Losing Hand

Patrick Kane did not wake up one day and say, “Hey, I am going to perfect my spin-o-rama move today.” He tried and failed, and then failed again and then some more. But he kept at it until one day it became an important asset in his offensive arsenal.

The Buffalo, N.Y., native didn’t make excuses every time the puck slipped off his stick or he was knocked on his breezers. Instead, he saw his failures as an opportunity to learn, and to grow. And, eventually, he became a champion.

The Right Stuff
Real winners are not perfect players. But for some reason, this sentiment is often hard to grasp when it comes to hockey. This is especially true after you’ve practiced something over and over again and you just can’t seem to get it.

It’s normal to want to scrutinize your game and learn the “right way” to do things. But, what you should be doing is asking yourself, “How can I grow from my experience today?”

Opportunity To Grow
There are two ways to look at failure. One way is to see it as something to fear. This is a common perception. No one wants to be labeled a “loser.” It is uncomfortable, and it makes you feel frustrated, inadequate and even angry. These emotions can quickly lead you to beat yourself up, point fingers or make excuses.

Dan Saferstein, team psychologist for USA Hockey’s National Team Development Program, cautions that it’s a myth that you can punish yourself or others into becoming a better player.

Saferstein encourages athletes to view failure as an opportunity for personal growth. If you acknowledge where you are failing to live up to your expectations, you create opportunities that will allow you to bring creativity to your game. That creativity is what separates the solid players from the truly special ones.

Nixing The Negative
The easiest way to improve your game is to learn to let go of the fear of failure. When you do, you acknowledge your weaknesses so that you can strengthen your skills and take risks in your game.

Think about it. How many times did Mario Lemieux try to score off the faceoff before he finally did in December of 2002?  The fact is, he was taking creative risks, and most likely failed a lot in the process. As the old expression goes, nothing ventured, nothing gained.

Even the experts agree that the best athletes see their failures as an opportunity, not an obstacle. Saferstein encourages athletes at all levels to experiment with creative risks.

“At some level, all great athletes understand that it’s impossible to play perfect hockey and that it’s inevitable that you’re going to make mistakes,” said Saferstein, who works with some of the top young American players in the country.

“The question then becomes whether you’re going to make mistakes that are a little too aggressive or a little too cautious. The developmental ceiling is much higher if you choose to make more of the [aggressive] kind of mistakes… if you take chances and are truly willing to explore how good you can be.”

What he is saying is that it is OK to feel frustration when you experiment with your game because on the other side of frustration is opportunity. The most successful athletes not only recognize this, but they embrace it.

How Can Failure Up Your Game?
Any goal or dream that is worth pursuing, whether in life or in hockey, comes at the hands of failure. Part of that grit is getting back up after a fall. If becoming a champion was convenient and easy, we’d all be Wayne Gretzky.

True losers allow failures to define them; champions use failure as fuel
to improve.

Saferstein offers one piece of advice that sticks with players.

Some of the most significant lessons of your hockey career are going to happen following a mistake. The key is to take the time to think about the steps that will correct those mistakes to become a better player and improve your game.

Understanding that failure is a necessary step towards success is one of the hardest lessons that you can learn.

It’s more difficult than perfecting a slap shot. It hurts more than falling on the ice. And, it requires more practice than any other aspect of the game.

But your job is to accept what you struggled with today and see it as an opportunity for growth. Then, when you wake up tomorrow, you can learn to be a better player, and a better person, than you were the day before. 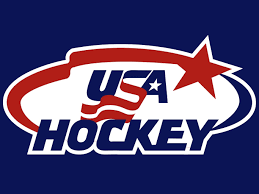 Dear Out of Control Sports Parent